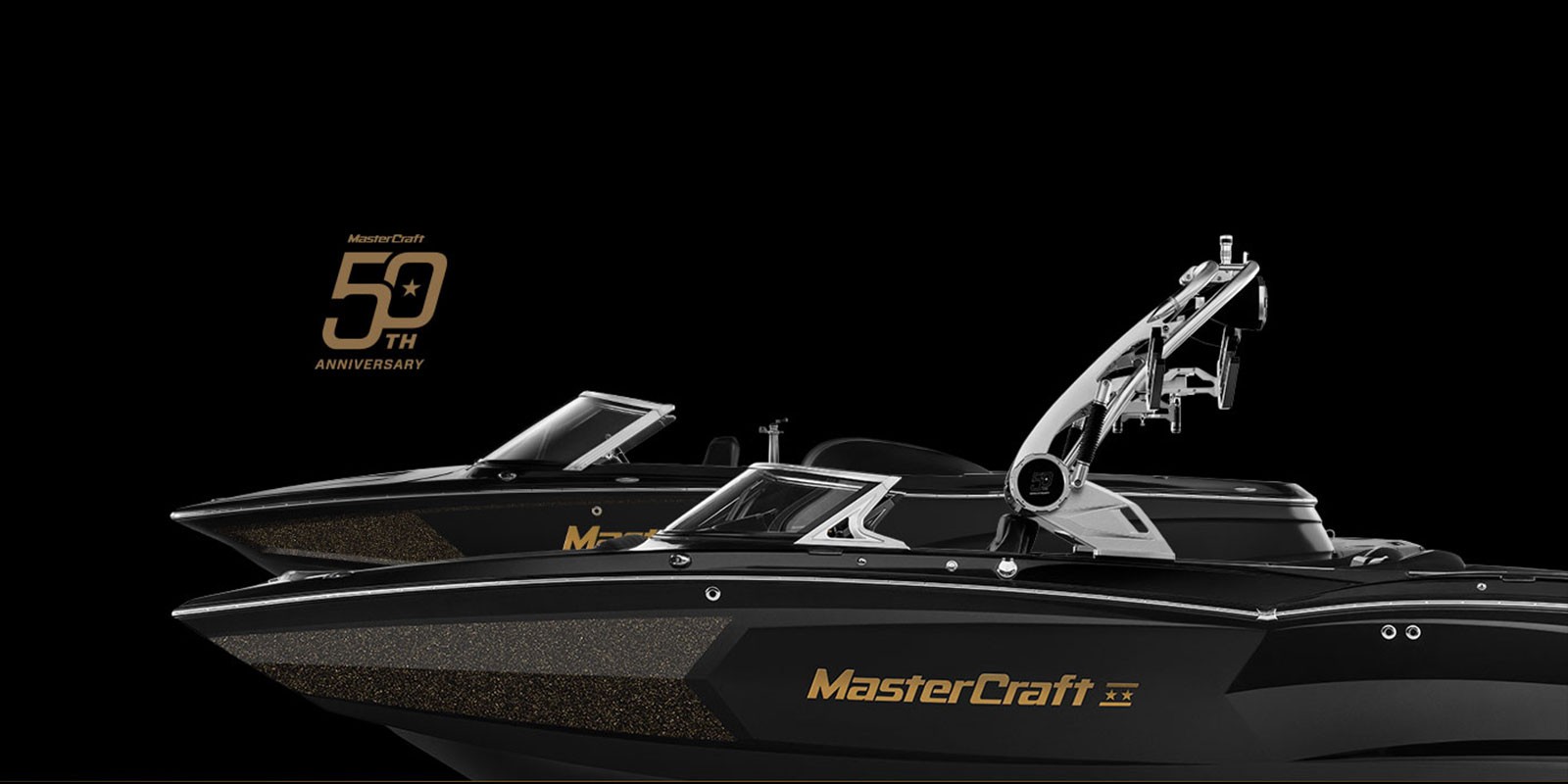 MasterCraft was founded in 1968 when it built its first ski boat in a two-stall horse barn on a farm in Maryville, Tennessee. Dissatisfied with the large wakes and pull of other ski boats, MasterCraft builders designed a hull that had the smallest wake in the industry; smooth and low at slalom and jump speeds; well defined at trick speeds.

In its first year of operation, MasterCraft only built 12 boats. But the boat design was so revolutionary that the company began getting order after order for its boats and MasterCraft soon became recognized as a major force in the tournament ski boat market. Fast forward forty-five years later, MasterCraft is producing thousands of tournament ski, wakeboarding, luxury and performance boats annually to keep up with consumer demand.

MasterCraft has a single manufacturing facility located in Vonore, Tennessee, where it employs over 400 people. These "MasterCraftsmen" descend on Lake Tellico every morning dedicated to hand-building the world's best boats. MasterCraft engineers listen to the consumer's wants and needs, develop new ideas, and mix humanity with technology in order to produce the next generation of MasterCraft boats. This constant evaluation and focus on the customer has made the soul of the company more attuned to rider and skier needs with each passing year.

MasterCraft is by far the largest producer of inboard ski, wakeboard and luxury performance powerboats in the world. It sells boats in over 30 different countries and has over 130 domestic and international dealers. Every MasterCraft comes from Vonore and hundreds of owners, skiers and boarders visit the company's headquarters every year to see the birthplace of their most prized possession.

Why are MasterCraft enthusiast's so fanatical about the product? Because MasterCraft is and always has been, the industry leader in new product innovation, styling, comfort, performance and quality for well over four decades.